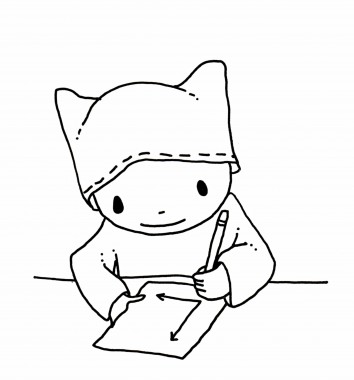 A lot of you lovely folks are my friends on twitter, so you may have seen some of these links floating along in your  stream, but here’s a bullet-pointy list of what I’m busy doing.

For the past 15 years, I’ve been a professional writer, illustrator, and concept director. I develop theories, campaigns, books, and creative media that reimagine formats and provoke thought. Yes, this often involves an insane number of charts, graphs, and illustrated presentations.

Started in August of 2006, Indexed has been noted around the web—much to my continued shock. Thank you to everyone who has shared the link and joined the party. Originally, I described this site this way: “This is a little project that allows me to make fun of some things and sense of others without resorting to doing actual math.”

For more on me and what kind of work I do, there’s this.

Awards people have given my work:

Email me if you’d like to collaborate, advertise, vent, have me speak or babble at your next event, or to ask a silly question. I try to read everything, but spam does eat a lot of notes.

Yes, email snobs, I know it’s a Yahoo! address. I’ve had it for almost 20 years and it still works. Sort of.

This site is a little project that lets me make fun of some things and sense of others. I use it to think a little more relationally without resorting to doing actual math.